Keg collars, caps and wraps not only identify your beer, but can be valuable sales tools.

Keg collars, caps and wraps are important but often overlooked tools that brewers can use to identify their product as well as provide valuable information to wholesalers and retailers. There are several options available to choose from when it comes to styles. But beyond styles, there is a lot of pertinent information you can relate to your distributors and bars that can and should be included on a cap or collar.

Keg caps are the little plastic tops that cover the opening at the top of the keg neck. Keg caps serve a vital function in protecting the valve from a buildup of debris which can lead to mold. This mold, if not cleaned away can then get into the keg when it’s tapped leading to a potentially ruined product. In addition, the keg cap can provide extra space for the brewery to relay vital information to the retailer. Keg caps cover the opening at the top of the keg neck.

There are two basic styles of keg caps: vented and tamper evident. The most commonly seen on kegs is the vented. It’s the cheapest of the options and easily fits on the neck and is easy to remove. This can also be a bit of a problem and can lead to lost caps during transit which can lead to dirt, grime, and food materials getting into the valve area. The advantage of this cap is that it’s very reusable which is handy in a world of rotating beers where often times a keg is removed from tap before the keg is empty and set aside to be retapped later. An additional benefit of the standard vented keg cap is that it can be used on keg cap tap handles (like the ones sold at Keg Cap Taps), although I haven’t seen many on-premise retailers using them at this point.

The tamper evident keg cap snaps onto the neck and can only be removed by pulling a tap that splits the top and essentially breaks the cap open. This type of keg cap is much more secure and won’t fall off in transit except in extreme cases. Additionally, your retailer can be assured that no one else has tapped a keg between leaving the brewery and arriving in the account. This is the preferred cap style of Jon Green; General Manager of Portland, Oregon’s Interurban: “I am partial to a cap that I have to remove by unsealing first.  The pop-off caps, while convenient, can fall off at any point in moving, stacking, etc.”

I asked Jimmy Werbin, Craft Brand Manager at Point Blank Distributing, which style of caps he preferred to see: “It seems to me the American style (vented) caps are easier to work with since they just pop off. The Euros (tamper evident) can be a little tricky with the tear away feature that they have. Plus for the rare case that you need to reuse a keg cap, the American style just pops right back on.”

Keg caps can also be used to identify your keg and product via a few different methods. The most basic being hand writing on a blank cap. Cap labels are another method. You can simply have your brewery's logo on it or include more information such as the beer/cider inside the keg, the standard pressure warning, and the government alcohol warning. Although, the keg cap only has so much space.  Robert Drumm, President of Atlas Labels & Packaging suggests that new breweries save money on keg caps by just buying blank caps and then using the extra money to buy something customer facing, like coasters. You can hand write on the cap and then when you’ve grown a bit, add in a printed label to the cap.

The keg collar, sometimes called a “neck ring,” is another way of tagging a keg and providing information to the end user. They also provide a valuable backup to identify the keg if the keg cap is lost at some point in the process. There are a variety of keg collars available that range from simple black and white generic to colorful custom jobs. Deciding what’s right for you depends on your budget and your branding image.

The keg collar allows tagging and information to the end user.

Once you’ve decide how you want your keg collars to look, you’ll need to decide what information to include on it. There are several pieces of information a wholesaler or retailer likes to have:

Interurban’s Jon Green put it pretty simply: “I LOVE when they have the ABV, date of kegging and the name/style of the beer. This is a fail-safe against misinformation on the web and also let's me keep track of which keg to tap first if I have multiple dates of packaging.”

There are several things that are required by law to appear on your keg label. This link from the TTB will help you figure out what you need to include and the formatting it should have. Additionally, another legal requirement when shipping out of your state is that your label/keg collar be adhered to the keg. Most of the keg collar companies sell collars with adhesive backs to them. You’ll need to check with your local state authority on your in-state labeling requirements.

Keg wraps are another way to label a keg with vital information. Although their prime function is to mark your property clearly ensuring other breweries and wholesalers don’t end up with your poorly marked keg by accident. In the expensive game of cooperage, anything you do to help return your valuable property back to your brewery is worth the small outlay on the front side (if you’d like to read more about building a cooperage program, see our piece on Keg Management).

I spoke with Nathan Wilson of Oregon’s KegCollars.net who produces collars, caps, and wraps directed at the smaller craft breweries. I was wondering if you could include the government warning on your wrap since it’s permanently affixed to the keg. He said that they’d done it but that damage from normal use could potentially render it unreadable: “Most breweries just put the warning on their single use collars.” The wrap is a good place to put your address and contact information though since it serves the dual purposes of helping you return your keg to premises as well as your TTB requirement to identify the maker of the product in the keg.

What are the right options for your brewery? My opinion as someone who has worked with kegs and on-premise accounts for 15 years is to definitely have both a cleanly labeled keg cap as well as a well written keg collar. A lot can happen to keg in transit from a brewery to a wholesaler and then to an account. Built in information redundancies can keep unlabeled mystery kegs from happening as often. Jon Green agrees: “I like to double check the cap against the collar to make sure they match.”

Clearly identifying your kegs and the products in them will go a long way to ensuring that your beer or cider are sold and poured in a timely manner. Clear, easily attainable, good information keeps customers happy and ensures that they’ll be enthusiastic long term customers.

Liked this article? You may also like: How to Choose the Right Beer Packaging. 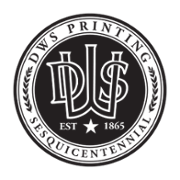 Christopher Barnes
Twitter LinkedIn Email Website
Christopher Barnes has worked as a wholesaler in the beer industry for more than 14 years. He currently manages one of the most diverse books of nearly 40 portfolios of Import Beers, Specialty Craft Beers, and Ciders in Oregon for Point Blank Distributing. In his spare time he writes about Belgian beer for his personal site, ithinkaboutbeer.com. A Certified Cicerone® & MBAA Beer Steward, Christopher travels the world visiting breweries to continue his education and pursue his passion for the world’s craft beers.