Learn how to beat the haze and brew clear beer. A challenge that every brewery faces at one time or another is producing a beer that is free from hazy solids and is crystal clear.  Since part of the draw of any consumer-driven beer is the look and appeal of that beer, brewers have, since the dawn of time, made beer clarity a major priority.  In the “old days” brewers relied on cooling and a natural settling of yeast and other solids to drop out of the beer.  Some brewers still hold steadfast that this is the best and only way to do this.  Today, most brewers are using filtration for clarification and predominantly plate-and-frame filters.  In recent years, large-scale centrifugation has an achievable notion and made popular by early users such as Russian River Brewing.  If you are relatively new to this concept, or have no idea what I’m even talking about, read on.

The Dirt on Centrifugation

Centrifugation is the process of using centrifugal force in order to promote sedimentation of solids within a liquid medium.  This works on both a small (lab) and large (production) scale by using an instrument to spin the medium around very quickly and driving the solids to the outer edges of the spinning instrument (think of the amusement park ride, the gravitron). In the brewery setting, beer goes in, gets spun around very quickly via a pump that creates the force.  Yeast and other solids are separated from the beer through this motion, and in most commercial brewery centrifuges, there is also a collection point so yeast can be harvested and reused.

Beer centrifuges are typically quite expensive, mainly due to engineering needed in ordered to design these instruments properly and maintain beer quality and integrity through the centrifugation.  A challenge facing craft breweries is the processing size; most manufacturers are concentrating on centrifuges that will process 40-50hL an hour or more.

If you are a brewery within this scale, using a centrifuge can be a huge advantage in processing beer.  For one thing, it’s a significant improvement over standard filtration methods, which typically use diatomaceous earth (a known respiratory hazard) or paper filters (expensive).  Regardless of which filter aid is used, filtration has been reported to strip beer of essential flavor complexities as well as hop aromas.  Additionally, the process of filtration itself can lead to more frequent exposure to oxygen, which is a very big no-no for finished beer.

For breweries that rely on the natural method of allowing yeast to flocculate and then transferring to brite tanks, using a beer centrifuge can save both time and money.  When beer has finished the fermentation process, rather than waiting for all of the yeast to drop to the bottom, beer can be processed through the centrifuge to quickly remove these solids and get beer to a finished state much quicker.  This can typically save 2-3 days of tank time and turnover production schedules much quicker.  In addition, because solids are being physically separated from the liquid, more actual beer can be yielded since less of it is having to be dumped down the drain or into yeast collection tanks.  More beer in less time = more profits sooner.

If you are in the market for a centrifuge, there are a few key elements to look for in a separator:

Although these devices can put a significant dent in your pocket, the benefits are certainly unquestionable: time saving, cost saving, and maintenance of beer quality and integrity.  Consider it an investment in your future, sort of like a college fund for your kids.

If you liked this article, you may also like: Building Your First Craft Brewery Quality Control Lab. 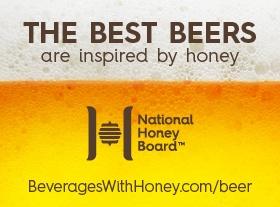 Neva Parker
Email Website
Neva Parker has been with White Labs, Inc. since 2002. She earned her Bachelors Degree in Microbiology from Gonzaga University in Spokane, WA and first became interested in the brewing industry while studying abroad in London. Neva currently oversees laboratory operations for White Labs.